Tiffin is often used to refer to a light meal eaten at midday in English and is a word pretty much interchangeable with the term “luncheon”. It sounds quintessentially english and is even the name of one of our most enduring fridge cakes. However, the phrase is actually Indian in origin and has a history which links it to the eating habits of the people of India and the time of the British Raj. 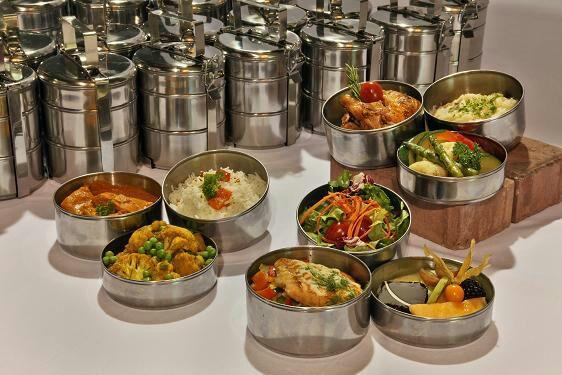 In the early days of the British Empire, when delegates and bureaucrats from the UK began to flood the Indian subcontinent, afternoon tea was a ubiquitous daily event. However, when the pale and pasty Brits, more used to clouds and drizzle than tropical sunshine, arrived in India they soon came to the conclusion that they would have to alter the way they ate to bear the hot,sticky and humid days. Thus, rather than stuffing themselves at a luncheon feast, the expats began to replace afternoon tea, a ritual at the hottest part of the day, with a lighter lunch. This was in emulation of the local people who stopped for work each day for a similar small meal to keep them going through the intense heat. 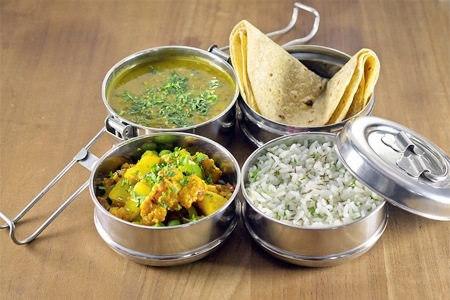 This meal ended up being called “tiffin” in a rather roundabout way. The word “tiff” was a slang word that at the time referred a measure of diluted liquor and the verb form “tiffing” which meant “to take a sip” of this liquor. The name of the meal is therefore a bit of an irreverent joke suggesting that the brits abroad more often than not favoured a liquid lunch rather than a hearty rice meal! 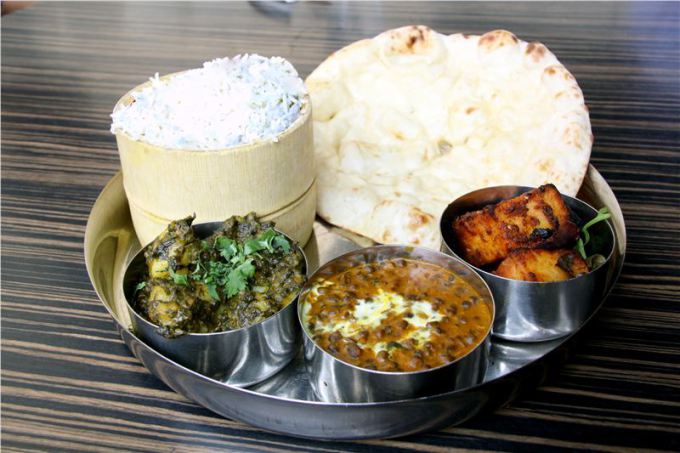 If you weren’t one of the ruling class in the British Raj then “tiffin” tended to be a little more wholesome. In South India and Nepal “tiffin” is generally a snack between meals with nibbles such as dosas and idlis (these are like moulded rice dumplings that can be sweet or savory) being a popular choice. In the rest of India and particularly in Mumbai “tiffin” is usually a packed lunch that is delivered to workers in special “tiffin-boxes”. 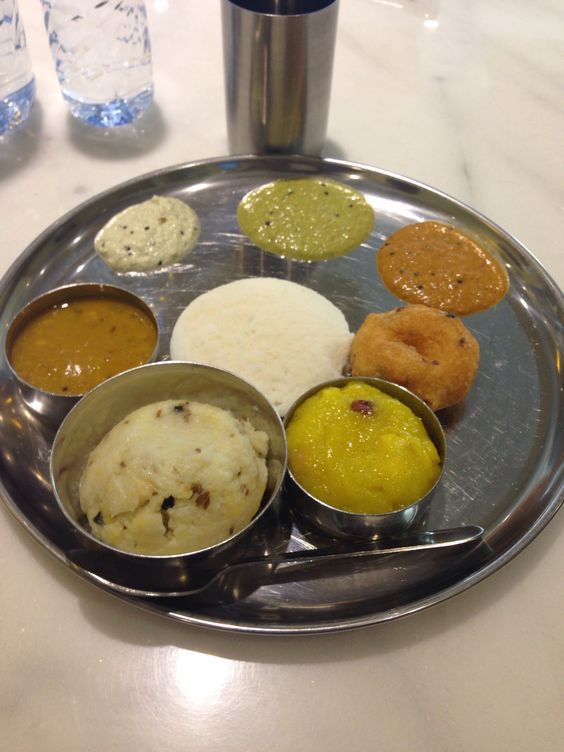 The special tiffin boxes have a number of compartments that separate out the various components of a meal. For example rice, curry, dal and chapatis will all be kept in separate tiers of the box to be combined at will when eaten. These tiffin carriers are also called “dabbas”. The tiffin carrier boxes are usually made of aluminium and can keep food warm for about 2 or 3 hours but some European companies have created plastic versions for a cold lunch. These boxes are delivered by Tiffin Wallahs or dabbawalas who manage to efficiently deliver thousands of tiffin boxes every day using a labyrinthine system. 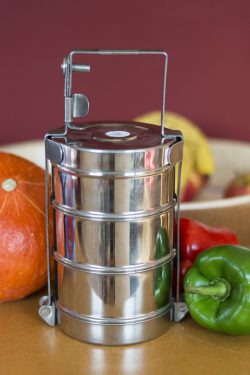 Each working day in Mumbai visitors will notice that around midday the streets fill with bicycles and carts loaded with towers of tiffin carriers and shunted around by white cap wearing Tiffin wallahs. The Mumbai Tiffin Box Suppliers’ Association organises this army of delivery men to pick up the homemade food in the tiffin carriers from each individual worker’s home and then deliver it to the right person come lunchtime. In this way the working people of Mumbai are able to eat a freshly cooked home lunch everyday – despite potentially living in a village miles away.

The service the tiffin carriers provide is so great that some were even honoured guests at the British Royal Wedding and many international companies have tried to emulate their respected and successful system.

Therefore the term tiffin has a complex and fascinating history – from day drinking Brits abroad to a system of packed lunch delivery. Much more than a fridge cake or an old-fashioned english meal “tiffin” is a completely different way of eating.