Spring time is upon us, which means that we can spend our time in our gardens rather than in the house, walking our dogs in an enjoyable temperature or exercising outside! It also is a time where many decide to work on their garden and their gardening skills. So, what better way is there to get out our green fingers than to introduce you to some of our world’s weird and wonderful plants. 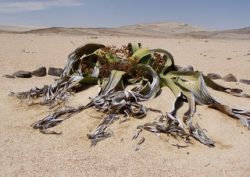 The Welwitischia Mirabilis was discovered by an Austrian botanist in 1859. This strange looking plant grows in isolated communities within the Namib desert in Southern Angola and central Namibia. The Welwitischia has made it onto our list of the world’s strangest plants due to their humungous leaves. The plant is only made up of two leaves, a stem base and roots. The two leaves of the Weltwitishcia are with the plant from its birth (it’s seeding being the correct term). From then, the plant never sheds these two leaves, and they just continue to grow and grow and grow… 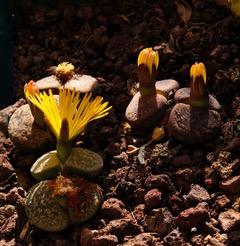 Lithops are interesting for their ability to blend in to hard rocky terrain. Lithop’s are often known as pebble plants or living stones due to their camouflaging ability. This helps them to avoid being eaten. Lithops are native to Southern Africa but can also be found in Namibia, as well as parts of Botswana and Angola. 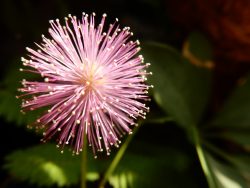 The Mimosa pudica is not only interestingly beautiful to look at, it has a very strange characteristic. It has been nicknamed the sensitive plant, sleepy plant, shy plant and so on. If the leaves of the plant are touched or shook, its leaves fold inward and proceed to droop. The Mimosa pudica was originally found in South and Central America, but now exists in parts of the US, parts of Asia and South Africa. 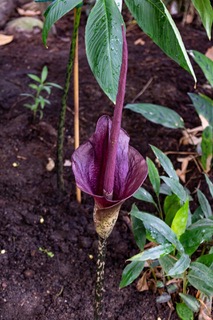 Also known as amorpholphallus titanium, this plant is widely referred to as the corpse flower. This is due to its odor, which as you can probably guess, smells like a rotting corpse. The flower can reach over 3 meters high and is native to western Sumatra and western Java, both in Indonesia. This definitely is one of the world’s strangest plants! 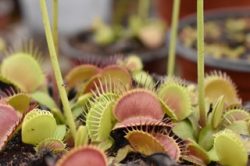 Now this one we know that you are familiar with! I mean hasn’t everyone had one as a ‘pet’ at one point in their life. Unfortunately, the fascination with these as a child meant constant prodding and poking, which meant that they had a short shelf life. The Venus flytrap is native to North and South Carolina in the United States, which surprised us! The plant detects movement of an insect through contact with one of its hairs within the inside of its ‘mouth’. If another one of these hairs is touched within the next 20 seconds, the plant quickly closes its leaves together.

We hope that you have enjoyed our blog on the world’s strangest plants!