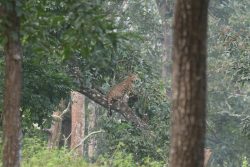 This big cat is scientifically known as the panthera pardus fusca; a beautiful, elusive and fascinating creature. It is one of the one of the five big cats that exist within India, the others being the Asiatic lion, clouded leopard, snow leopard and Bengal tiger.

So, we have done our research and have put together a list of facts about the Indian Leopard! 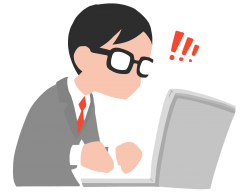 There are approximately 12,000 – 14,000 Indian Leopards which reside in India. Although this seems high, especially when you think of 14,000 leopards in front of you – yikes! This number is actually quite low. The Indian Leopards are in fact endangered, with shrinking forests being the main threat to the survival of the species. Other areas countries that the Indian Leopard are found in include Nepal, Pakistan, Bangladesh, Sri Lanka and Bhutan.

Where Leopards they live? 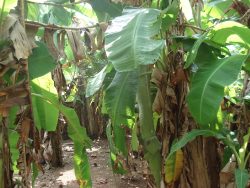 These magnificent creatures are found in forests. Forests are a perfect habitat for Indian Leopards as they have the advantage of dragging their kill up trees away from other predators. 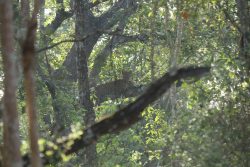 Like all other leopards, the Indian leopard is solitary. The leopard hunts, sleeps, eats and goes through life alone. I feel sorry for them, but not sorry enough to keep them company…

The Indian Leopard would excel in a game of hide and seek! Their coat allows the Leopard to camouflage itself, making it easier to hunt their pray. Rosettes cover the coat of Indian Leopards, which are dark spots that look like flowers. Like our finger prints, a Leopard’s rosette is unique to any other Leopard.

Jack of all trades… 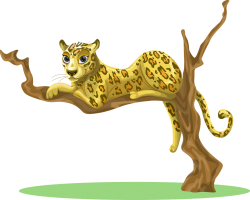 As the Indian Leopard coexists with Bengal tigers, striped hyenas and holes, evolution has taught Indian Leopards to climb trees with ease and speed.  Not only can they climb… but they can also swim.

The Indian Leopard is extremely secretive. They are nocturnal and often hide away. This has made it incredibly heard to study their behaviours. However, their elusiveness makes it easier for them to catch their prey.