The exciting month of October

The month of October brings much more than just Hallowe’en! Allow us to present to you a selection of some of the exciting events coming up in the calendar this month… 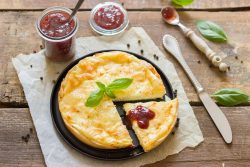 This first event was established by the North American Vegetarian Society in 1977 and furthermore kicks off the month of October as Vegetarian Awareness Month. The awareness month ends on 1 November on World Vegan Day!

To celebrate World Vegetarian Day, why not go totally meat-free on 1 October? Stay tuned because we’ll be posting some suggestions for adding more vegetarian and vegan meals to your diet… 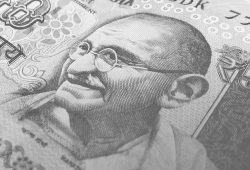 This is an Indian national festival to mark the birth of Mahatma Mohandas Gandhi who was born this day in 1869. It is one of three national holidays alongside Republic Day (26 January) and Independence Day (15 August). We’ve posted on India’s independence day here and here.

Gandhi Jayanti features prayers and tributes across the country and involves various institutions including government and schools. Often we see painting and essay competitions as well as the singing of Gandhi’s favourite Hindu devotional song, Raghupati Raghav Raja Ram. You can listen to it here!

The charity Forward Arts Foundation began this campaign in 1994. It engages citizens across the country in a celebration of poetry through live events, activities and broadcasts, especially in schools. You are likely to see verses or excerpts from poems across the country on buses, on public buildings, or monuments. For example, in 2015, Blackpool Illuminations featured some poetry to mark the day!

This year’s theme is ‘truth’ and you can see events taking place near you here. 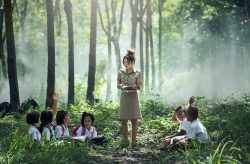 This event was also established in 1994, commemorating the 1966 signing of the ILO / UNESCO Recommendation concerning the Status of Teachers. This instrument outlines standards for policies on education staff including recruitment, training, employment, and working conditions.

Also, this year’s theme is ‘Young Teachers: The future of the profession’ and will specifically address attracting and keeping the best young minds in the profession. 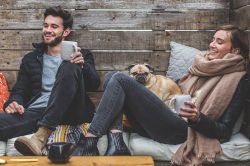 This is a day for global mental health education, awareness, and advocacy. It was first celebrated in 1992 and the World Health Organisation supports the campaign.

This year’s theme is ‘Mental Health Promotion and Suicide Prevention’. To support the movement, you can order a green ribbon pin, materials, or take part in ‘Tea & Talk’. Tea & Talk is in its 10th anniversary this year and functions a bit like the Macmillan coffee mornings. You can order a pack and resources to run your own here. 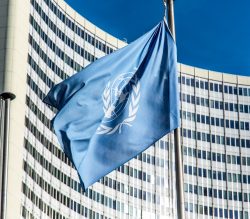 This marks the anniversary of the enacting of the UN Charter in 1945 which created the UN. Ceremonies as well as educational events like seminars, discussions, and symposiums are often held to mark the occasion. 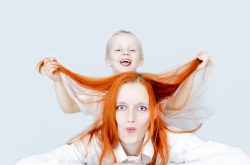 Different parts of the world celebrate this day at different times, but the US and UK often celebrate this on the day before Hallowe’en. It is a day where (traditionally, young) people indulge in the ‘trick’ part of trick-or-treat! A bit of light vandalism and pranking takes place, with some more serious incidents being noted in 2015 in Liverpool!

Finally, this festival needs little introduction. A hugely historic event which comes all the way from Celtic and pagan times, Hallowe’en links in with the religious festivals commemorating the dead… both saints and sinners!

What are your Hallowe’en plans this year? Will you indulge in a bit of trick-or-treating, dress up and go to some themed parties, or simply watch a horror film from the comfort of your sofa? Have an amazing time whichever you choose…

We hope this has given you a good overview of the many things October has to offer and hope that you have a good one!