Strange Locations From Around The World

Strange locations exist all around the world.  Therefore we have selected a few of our favourite but strange destinations to share with you. 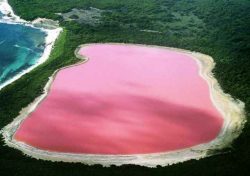 This remarkable vivid pink lake situates in Western Australia’s Recherche Archipelago.   Caused by the high salinity of the water and with the added ingredient of  salt-loving algae, this magical display of colour is truly an extraordinary sight.  Surprisingly, it is safe to swim in this pink lake, so taking a quick dip here is definitely one for your bucket list! 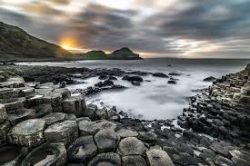 Sixty million years ago a huge volcanic eruption spewed out a mass of molten basalt across the Irish countryside.  As the lava cooled,  it cracked and formed the near perfect hexagon pillar shapes that can be seen today. There are over 37,000  columns that spread into the sea.  You may know these “stepping stones” as the Giants Causeway, which is what they are commonly referred to around the world!

Rainbow Mountain was a special discovery due to its appearance! From pastel blues through to vibrant reds, greens and yellows.   This sight is both stunning and mesmerising. But you will need to undertake a long and difficult trek to be one of the few who get to see this amazing show of colour. 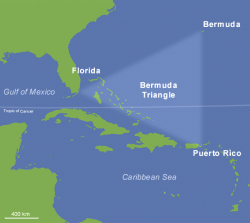 Well known as the Devil’s Triangle, this area of ocean between Bermuda, Florida and Puerto Rico has become infamous for the unexplained loss of aircraft and passengers.  Conspiracy theories abound about the planes and people who have gone missing in the Bermuda Triangle. So turn your on location on ‘Find My Friends’ if you visit! 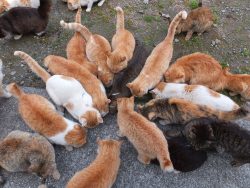 The human population of Tashirojima Island tallys at under a hundred people, whereas the cat population outnumbers the human population by a long shot!  The cats are a symbol of good luck to their human carers who worship their cats regularly. Visitors to the island can stay in cat shaped cabins whilst visiting this furry feline colony. 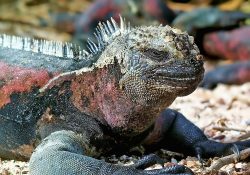 Visit the Galapagos Islands and get close up to some of the strangest creatures in the world.  You will uncover the intricate details of evolution taking different paths by discovering breeds which are found no where else in the world.  The volcanic archipelago that these creatures inhabit make for one of the most amazing natural tourism experiences in the world. 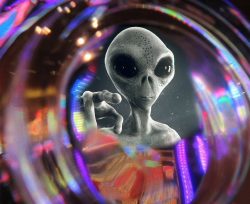 Area 51 is a highly classified US Airforce military base in south Nevada.  Conspiracy theories abound that the base is a testing facility and above all houses  extraterrestrial life within its walls.  The US government declares that Area 51 is a test place for aircraft and spy planes, however, conspiracies explain why the location is extremely guarded, so make up your own mind!!

Having checked out our strange locations where would your strangest location be?