Diwali the Festival of lights, is a religious observance commemorated by Hindus, Sikhs, Jains and some Buddhists around the world. Every autumn, the observance sees millions of people attend firework displays, prayer services and festive events in celebration of the occasion. 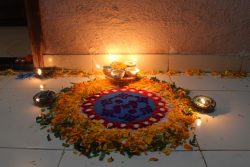 While Diwali holds significance for a variety of reasons, one of the core themes of the festival, as symbolised by the prevalence lights, is the triumph of good over evil. 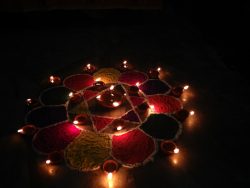 It signifies the triumph of light over darkness and good over evil and sees millions of lamps lit at homes, temples, shops and public buildings across the world. Another main theme of Diwali is the recollection of a story called Ramayan, which details how the Hindu god Rama returned to his kingdom with his wife, Sita, and his brother, Lakchman, after several years of exile.

When is the festival? 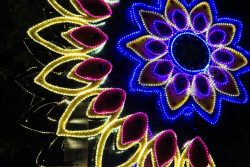 The festival typically lasts for four to five days and coincides with the new moon on the Hindu lunisolar calendar, called amavasya. The new moon is the first lunar phase, which is when the moon and the sun have the same ecliptic longitude. Amavasya is known as the “darkest night” among Hindus, and is regarded as a powerful force for both good and evil. Diwali is preceded by Navaratri, another Hindu festival that is observed every autumn over the course of nine nights. Navaratri also symbolises the triumph of good over evil and commemorates the Hindu deity Durga, the goddess of war.

How is it Celebrated? 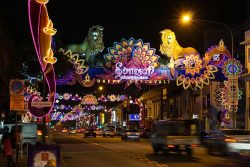 As Diwali is a celebration of light triumphing over darkness, those who observe the festival typically decorate their homes with a plethora of lights.People will also routinely clean their homes in preparation for Diwali.“In India every year, houses are cleaned, often renovated, and always illuminated with sparkling fairy lights and oil lamps,” the general secretary and director of Hindu Council UK states.Mr Kashyap outlines how many doorways and foyers are decorated with rangolis, beautiful, intricate patterns on the floor that are created using materials including rice, coloured sand and flower petals.

Gifts and sweets are also exchanged during Diwali, as are wishes for a “Happy Diwali”. During Diwali, a variety of traditional sweet and savoury dishes are consumed.One of the sweet dishes is called Lapsi Halwa, and is made from large-grain cracked wheat, cooked with ghee and sweetened with sugar and cardamom powder.

Diwali has become a ‘mega event’ to celebrate the culture and traditions of India, from live music to dance shows and much more.