Kerala is a coastal state and unsurprisingly Christmas Dinner is more likely to include seafood that a roast turkey. Some local families, especially in the Backwater regions, even spend their Christmas day sailing on houseboats with their family. It is clear that a huge part of the christmas tradition, specifically the christmas feast with stuffing, roasties and all the trimmings, is a very different affair in Southern India. For one thing the centre piece of the meal isn’t a golden roasted bird carcass but is instead a cake! Kerala Plum cake is almost always mentioned in the same breath as the festival itself  and most Keralans would include it on their Christmas menu. 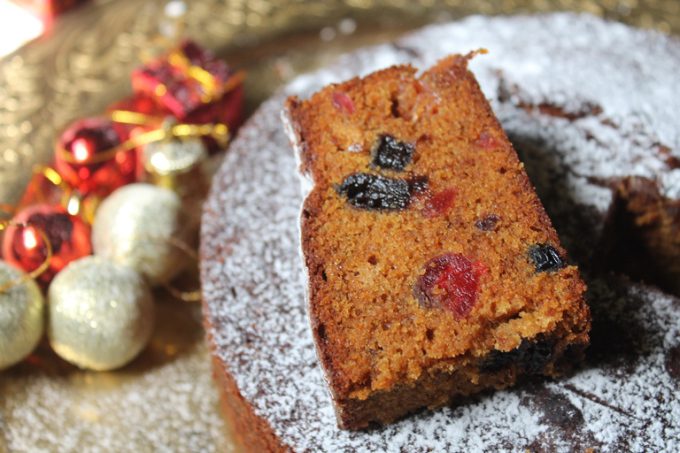 The cake is made predominantly of mixed fruits and burnt sugar and is often made the day before to ensure it is ready to eat for anyone craving a really decadent breakfast. 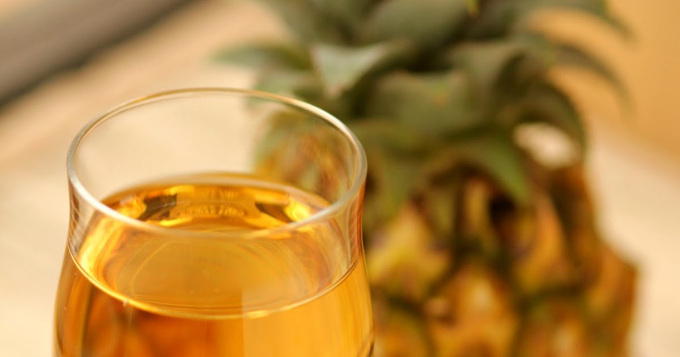 Kerala Plum cake is often accompanied with home-made wine. This can be grape wine or another popular choice is pineapple peel wine. 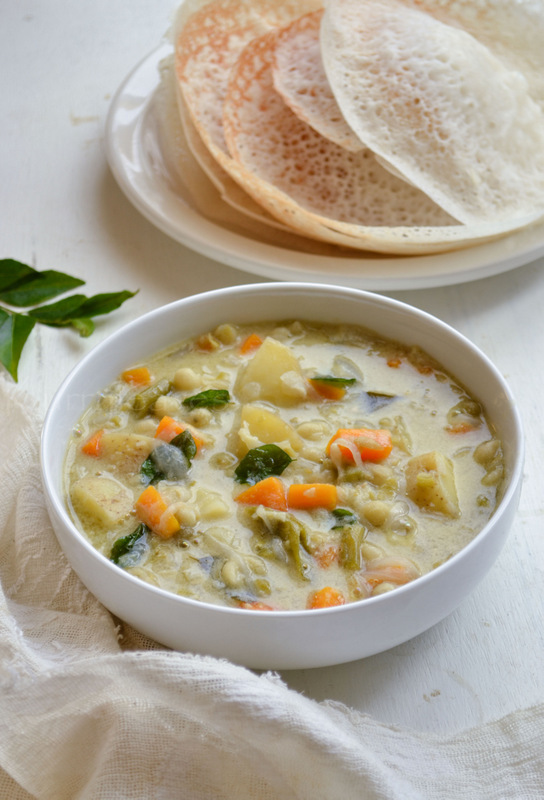 There are a number of options for a traditional Keralan Christmas Breakfast one of which is palappam (a type of pancake that combines fermented rice batter and coconut milk) accompanied by a stew of your choice. 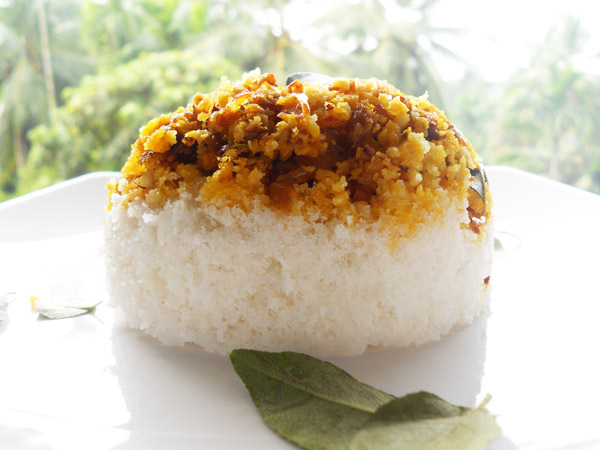 Another popular choice is Kerala Puttu and Meen Mappas. Puttu is made of steamed ground rice and coconut and Meen Mappas is a traditional fish curry also containing coconut, although this time coconut milk takes centre-stage. 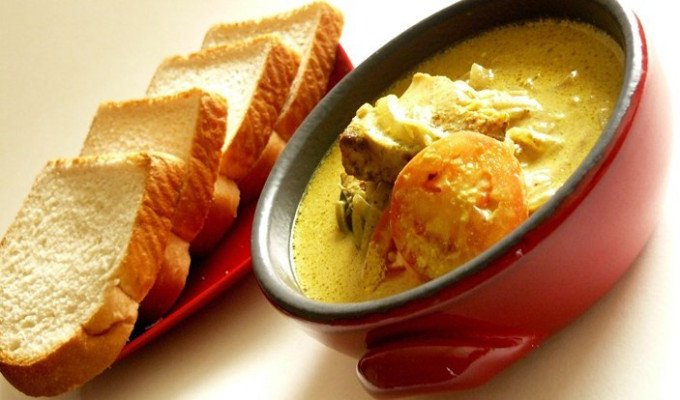 Bread and Fish Molly is a very popular choice in coastal Kerala where seafood reigns supreme. Fish “molly” is a spiced fish curry that is eaten like a soup with bread. 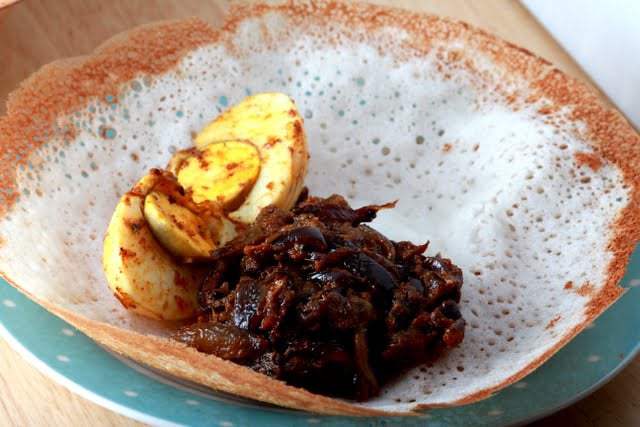 Curry frequently plays some part in the central dish of the Keralan christmas meal. Often this will be served with Palappam or Kallappam. The picture above shows a serving suggestion for a vegetarian option of egg curry with Palappam. 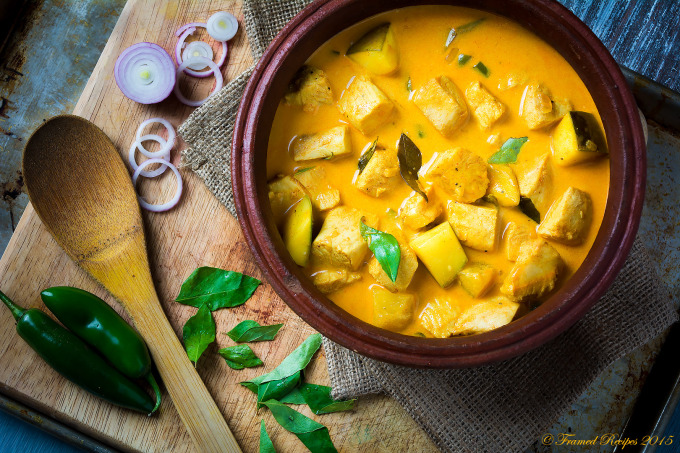 Biriyani or Fried Rice is a common main course in the Indian Christmas menu although it tends to be more common in Goa and Northern Indian Christian Communities. Fish curries (with thinner gravies than the egg curry above) are, however, often served with rice instead of palappam. 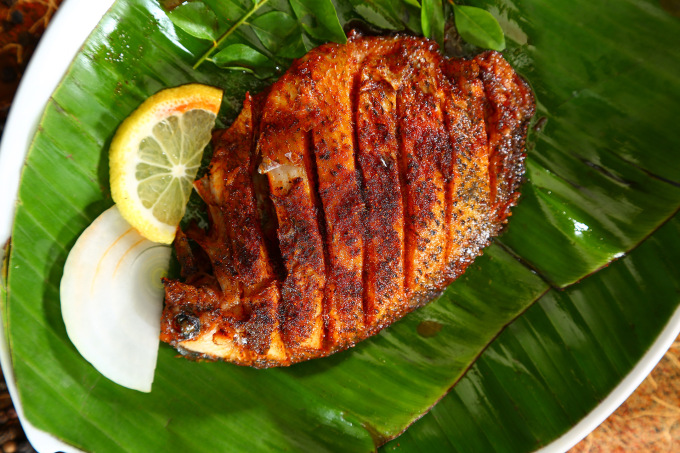 A quintessentially keralan delicacy at Christmas time is spiced fish roasted in banana leaves. This is often served on the leaf it was cooked in and with fresh lemon for squeezing on the side.

Under the tropical sun many of the festivities may be familiar – the carols, fruit cake and church bells but the food is rather more exotic (and I daresay more exciting) than roast parsnips. The wonderful food of South India is just one of the reasons you should visit this magical region.