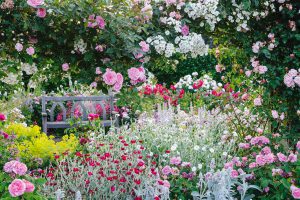 What is a better indication that spring has well and truly arrived than the fact that The RHS Chelsea Flower Show is back! Far from just enjoying the beautiful gardens, it’s time for a little local pride. A number of Kent locals have taken home prizes in show. Fiona Cadwallader and Paul Harris, from Canterbury and Ashford respectively,  have walked away with two of the top prizes at the competition. Harris was awarded his 5th gold medal for his beautiful selection of Hostas while Cadwallader won a silver medal for the first time. Her show garden was inspired by the poem “This Lime Tree Bower My Prison” by Coleridge.  Raymond Evison also added another Gold to a collection of RHS medals that is now 29 strong. For anyone wanting to add a little of the chelsea show to their garden, Evison’s plants can be purchased at the Potted Garden Nursery near Maidstone. This year Evison was rewarded for his beautiful garden of purple and white Clematis. These wonderful successes prove that Kent really is the Garden of England!

The History of The Chelsea Garden Show

The RHS Chelsea Flower Show is held annually and this year will be its 104th anniversary in the Chelsea Hospital location. For decades it was the UK’s biggest flower show. Although The Hampton Court show has taken that claim to fame, The Chelsea Flower Show is still arguably the best in the country and it’s prizes are considered the most prestigious. 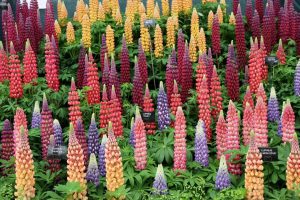 One interesting fact about the event is that throughout its long history garden gnomes have always been banned. Colourful sculptures in general are forbidden, however, some rebellious gardeners always try to sneak one or two into their designs! 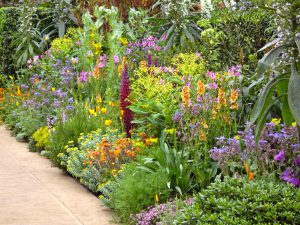 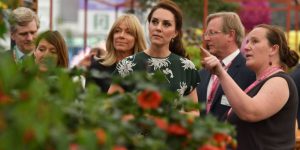 Every year there is a notable royal presence at the RHS Chelsea Flower Show which adds a sense of grandeur to the proceedings. This year the Queen and the Duchess of Cambridge (pictured above) took in the floral arrangements. This included James Basson’s prize-winning Maltese garden pictured below. 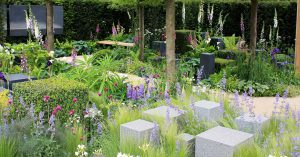 The Chelsea Flower Show is held in London and will be open to the public until Saturday the 27th of May from 8am to 8pm during the week and until 5:30 on the final day. 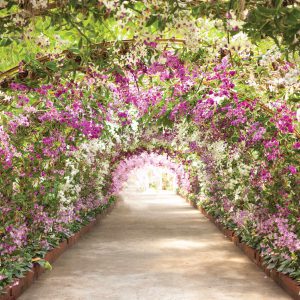 Flora And Fauna In Kerala

A long way away from the gardens at Chelsea, a wonderful array of flowers thrive across South India. Therefore, any budding horticulturists will find a great deal to get excited about in Kerala.  Around 24% of Kerala’s land area is forest and the heavy rainfall ensures a diverse range of wildlife. Wandering through Kerala’s wilderness you will find Hibiscus, Barringtonia and Bauhinia trees in their natural habitat. If you are itching to explore Kerala’s fascinating natural wonders then contact us today!
01622 679118
Enquiries – keralainfo@keralamoments.com

Talk to one of the Kerala Moments team. We will help you create your own perfect holiday to The Far East call direct on: 01622 679118 – lines are open Monday to Friday 8.30am to 5.30pm or email keralainfo@keralamoments.com